I was sitting across from my mother at her kitchen table.

“B-but Mom,” I said quietly and quizzically, “you know what it was like to live there, we’ve talked about this…” I faded off.

We were talking about when my sister, brother and I were growing up in Portland and she was still married to our father. It seemed that again her version of the facts of that life had been altered in her mind.

“Mom, remember when we talked about how dad had touched me in a way he shouldn’t have? You know that. You know how much you guys fought? How crazy it was there?”

Somehow she could tell bitter stories of how awful our father’s behavior had been if it showed how badly she had been treated, but when it reflected badly on her as a mother who hadn’t protected us? Suddenly her words became wounded and sad and she would say “how could you say those things?”

Our dad had done much more to my sister from a young age, things my sister had tried to tell our mom for years. As an adult my sister confronted our mother about not protecting her, and suddenly Mom acted like it was all news to her.

I don’t bring this up to vilify my parents, though they surely could have made many better choices. I’m bringing it up for two reasons: the effect on relationship when we tell ourselves Lies about the facts staring us in the face, and the effect on a child’s psyche when they aren’t believed or protected.

What happened to any potential my sister and I had to have a healthy relationship with our mother who couldn’t face the truth of the facts of our childhood? Needing those Lies to uphold her view of herself as a parent meant there could never be any “Mistakes were made and I’m sorry for the pain you dealt with” conversations. Any opportunity for repairing the relationship was cut off before it could start.

As the mother of 4 grown children I’ve become more aware of how imperfectly I parented, how many needs I missed, how many times I was too wrapped up in my own misery to see that of my children. It happens. It’s the human factor. But being unwilling to admit it will only get in the way of relationship–we need to be willing to say “I didn’t realize” and “I’m sorry,” to keep dealings with each other clean.

And when a child isn’t heard, believed, or protected, apparently we can grow up to believe there is no safety in the world, and that we don’t have value, because if we did, wouldn’t we have been worth protecting? The great thing–it’s never too late to learn what are Lies and replace them with Truth.

What will I do for myself this week? I think I’ll remind myself as often as needed (plentiful still at 63) that there’s nobody else just like me, and simply because I’m on the planet I have worth.

The BringYourOwnBeverage conversation: For starters, my beverages of the day have been hot tea and hot chocolate. Sense the theme? I’M COLD! At this time of year with Christmas and New Year’s and the matching set of Samsonite luggage most of us generally bring into the season, what are you struggling with? What message of truth and kindness can you shower on yourself? 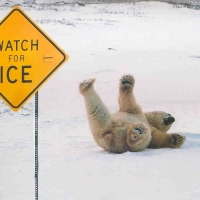 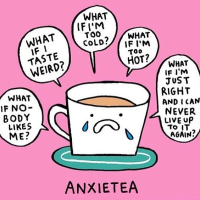 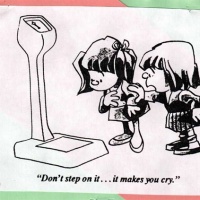